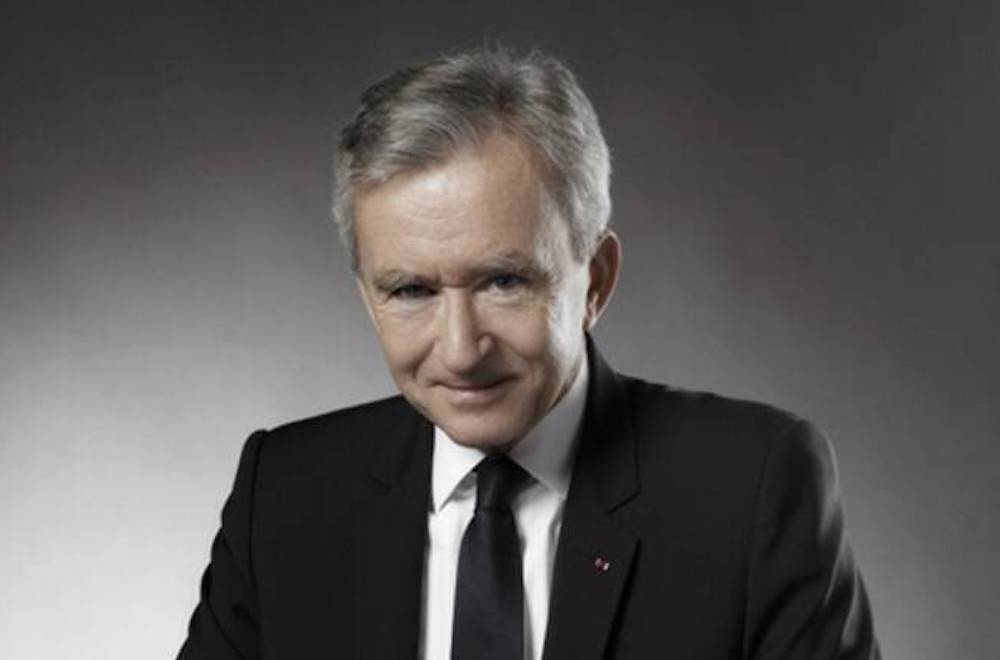 Widely regarded as the Holy father of Fashion, Bernard Arnault has been serving as the Chairman and Chief Executive Officer of LVMH Moët Hennessy Louis Vuitton since 1989. He is also the largest shareholder in the company. For many, his story is about what happens when an enterprising businessman sets his sights on an excellent opportunity.

Born to an industrial family in Roubaix, France, Arnault was blessed with sharp business acumen from a young age. After college, the young man joined his father’s civil engineering business as an engineer. He was successively promoted to various executive management positions, before finally becoming CEO in 1977.

A few years later, opportunity knocked when the textile empire Boussac Saint-Frères went bankrupt. Using $15 million of his own money, Arnault raised another $80 million to purchase the company, only to sell most of its assets, except the prestigious Christian Dior brand and Le Bon Marché department store. He became the CEO of Dior in 1985.

In 1987, Arnault was invited to invest in LVMH by the company’s chairman. Arnault continued to buy shares so that by 1989, he had managed to gain control over 43.5% of the shares of LVMH, with 35% of the voting rights. He was then unanimously elected chairman of the executive management board.

After taking over LVMH, he fired several of the company’s top executives and began implementing new ways to revitalize the company. This included acquiring numerous companies during the 1990s, including the perfume company Guerlain, Loewe, Marc Jacobs, Sephora, and Thomas Pink.

Transforming LVMH into one of the largest luxury groups in the world certainly has paid off for Arnault. In August 2021, he was considered to be the wealthiest man in the world, with his net worth exceeding $198 billion.

Over the decades, Arnault has also acquired numerous distinctions, including being awarded the honorary titles of Grand Officier de la Légion d’Honneur and Commandeur des Arts et des Lettres. Furthermore, he is a noted philanthropist who supports a number of humanitarian and medical research causes, such as Save the Children, the Foundation for Hospitals in Paris, and the Princess Grace of Monaco Foundation.