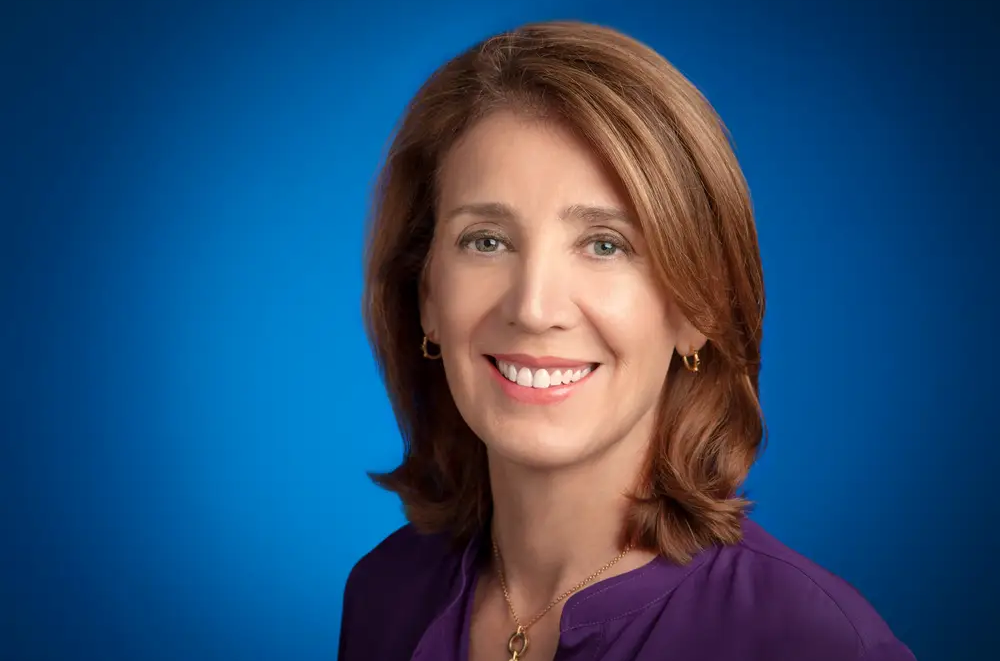 If Ruth Porat has a magic power, it's charting paths through uncertain territory. When she joined Google as its CFO in March 2015, she was already one of the most powerful women on Wall Street. Now she's attained the same acclaim in Silicon Valley, having guided Google through blowing up its corporate structure.

Porat, the daughter of a psychologist and physicist, is living proof that an elite education often leads to success. After earning her bachelor's from Stanford University, she received advanced degrees from Wharton and The London School of Economics. Then, in 1987, she began her career at Morgan Stanley, a mere seven weeks before Black Monday — the largest single-day decline in trading history at the time. But if Porat was concerned about her career being over before it could get started, she had nothing to fear.

During her 28-year tenure at Morgan Stanley, she rose through the ranks, holding roles such as vice chairman of investment banking and global head of financial institutions before ultimately rising to the rank of CFO. Known for her intense work ethic, as a banker at Morgan Stanley she helped guide IPOs and financing rounds for eBay, The Blackstone Group, and GE, among others.

Furthermore, Porat is credited with creating the European debt financing that saved many companies, including Amazon, from the dot-com crash in 2000. Then, in the financial crisis of 2008, Porat led Morgan Stanley’s team of advisors that helped the U.S. Treasury Department take over Freddie Mac and Fannie Mae. She also played an important advisory role in the New York Federal Reserve Bank’s dealing with insurance firm AIG.

All of this success explains why Google went out of its way to attract Porat's attention in 2015. The tech giant shelled out a small fortune for its new CFO, paying her a salary of $650,000, a one-time signing bonus of $5 million, a $25 million new hire grant, and a $40 million biennial grant.

Over the years, Porat's career has been the source of inspiration for numerous writers and thought leaders. Previously, her work was studied in the 2009 book "How Remarkable Women Lead" by McKinsey & Company consultants Joanna Barsh and Susie Cranston. For her economic triage work during the 2008 crises, she was featured in the 2011 film "Too Big to Fail," in which she is played by Jennifer Van Dyck. More recently, in 2020, Porat was listed as the 16th most powerful woman in the world by Forbes and seventh on Fortune's Most Powerful Women list. In addition to her work at Alphabet, the seasoned executive is a member of several advisory boards, including Blackstone.