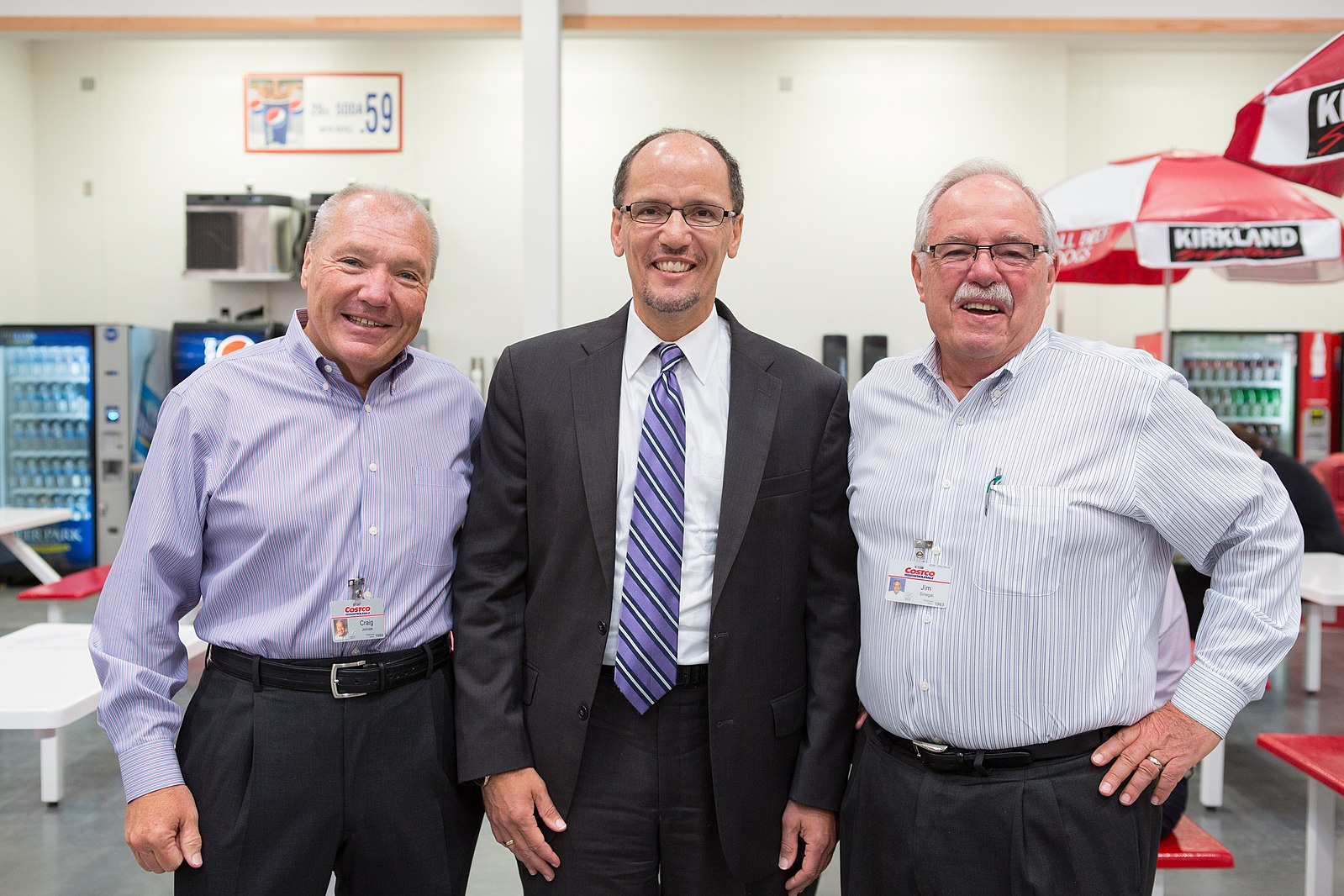 While Costco CEO W. Craig Jelinek has been with the warehouse chain since almost the beginning, his retail roots go even deeper.

It started with his father. Jelinek was raised in the high-desert shadows of Edwards Air Force Base, where his father helped build B-70 bombers at the height of the cold war. To make extra money during high school, Jelinek started working part-time as a food stocker at FedMart (a pioneer in the discount department store space). It was then that his father said something that ended up encouraging the young man to stick with retail. "He said, 'You know what? People will always have to eat,'" Jelinek said. "I never forgot that. You always know there's going to be work."

That was all the encouragement he needed. Jelinek worked for FedMart through college and graduated with a bachelor's degree in business administration in 1975. During his 12 years with FedMart, Jelinek held various management positions, eventually becoming operations manager for its Los Angeles division until its closure in 1982. Next, he spent two years with the department store chain Gemco.

In 1984 he joined Costco, just months after the first club opened. Since that time, Jelinek has climbed its ranks, which has seen him handling a wide range of responsibilities over the course of his career. Some examples range from opening new stores to overseeing entire regions of operations. He also played a key role in Costco’s expansion into Nevada and California. As assistant vice president and regional manager of what was then called the Southwest Region, Jelinek was responsible for the opening of the Reno and Las Vegas warehouses in Nevada, as well as openings in Fresno, Bakersfield, Stockton, and numerous other locations in both Northern and Southern California.

In the end, Jelinek’s perseverance paid off. In 2012, he succeeded co-founder James Sinegal to take the top spot at Costco. The passing of the torch made sense to many, as the two men had a strong connection, with both being graduates of San Diego State University and both having started off their retail careers at FedMart.

It is interesting to note that in addition to his CEO duties, Jelinek also serves as President and board director of Costco Wholesale Corp., which operates 768 membership warehouses throughout North America, parts of Europe and Asia, and Australia, with 239,000 full and part-time employees worldwide. Jelinek's ability to continue Costco's growth over the years, while also maintaining a strong pro-employee culture, has made him one of America's most loved CEOs.