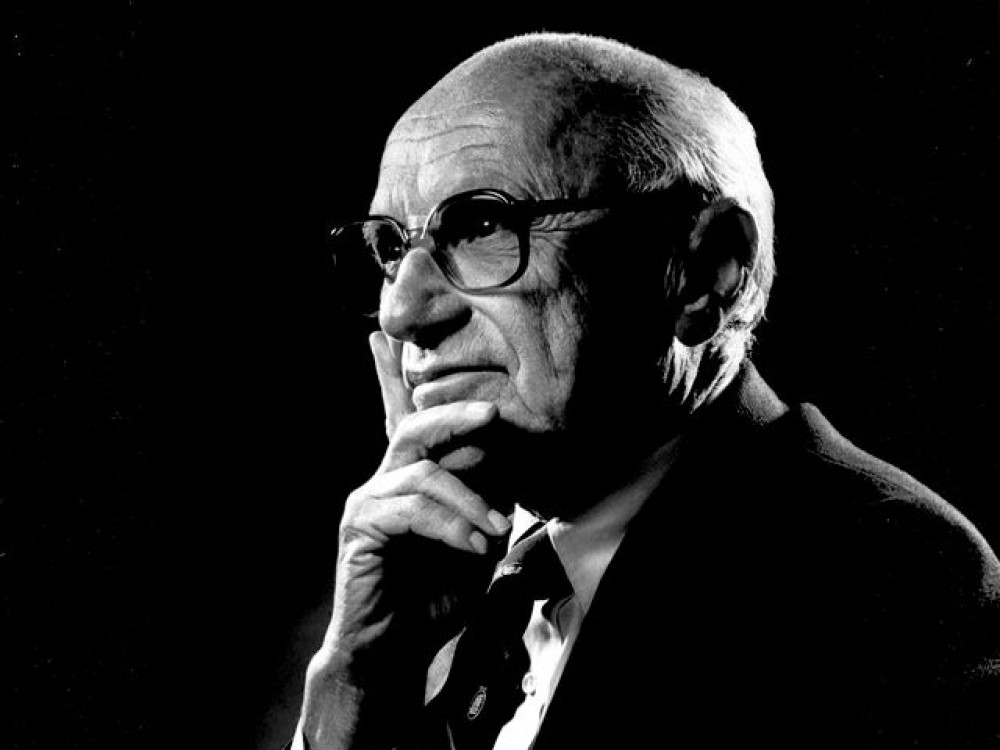 Undeniably one of the most influential economists and scholars of the 20th century, Milton Friedman was a prominent advocate of free markets. In contrast to the Keynesian theory, he proselytized monetarism, which highlighted the importance of monetary policy and how the shifts in the money supply have immediate and lasting effects. For his seminal theory on consumption and for his work on monetary history and policy, he received every honor an economist can be awarded, including the Nobel Prize in 1976 and later the National Medal of Science. Before that time, he spent most of his life in academia. He also acted as an adviser to President Richard Nixon and served as President of the American Economic Association, among numerous professional achievements.

When he arrived at the University of Chicago in the early 1930s, he had no idea that it would essentially become his intellectual home for the next several decades. Having already completed his undergraduate studies, he initially intended to become an actuary or mathematician. But due to the state of the economy, which was at that point in a deep depression, he decided to become an economist. Since he was offered two scholarships to do graduate work – one in mathematics at Brown University and the other in economics at Chicago – he chose the Windy City. At Chicago, he took Jacob Viner’s price theory course, which strongly influenced his later ideas. Equally influential were the teachings of Frank Knight and Henry Simons. In 1933, he received a Master of Arts in Economics.

After joining the University of Chicago’s economics faculty in 1946, he remained closely associated with the university throughout his life. For the next 30 years, his alma mater was also his physical home. He became a full professor in 1948, was named the Paul Snowden Russell Distinguished Service Professor of Economics in 1962, and became an emeritus professor in 1983. In 2008, the Milton Friedman Institute was established at Chicago to encourage and enhance the level of scholarship in students that he embodied. In addition, Chicago honored him on his 90th birthday in 2002. During the celebration, he reminded the audience of what is special about the University. “During the periods I was at Chicago I had several offers to move elsewhere . . . But I couldn't bring myself to leave Chicago, not because of its beautiful climate, but because of the quality and the spirit and the attitude in the Economics Department and indeed the University at large. It's a wonderful place, where people are interested in understanding things and getting at the bottom of things, at the truth, and not primarily in creating a particular record or getting their name in the paper.”