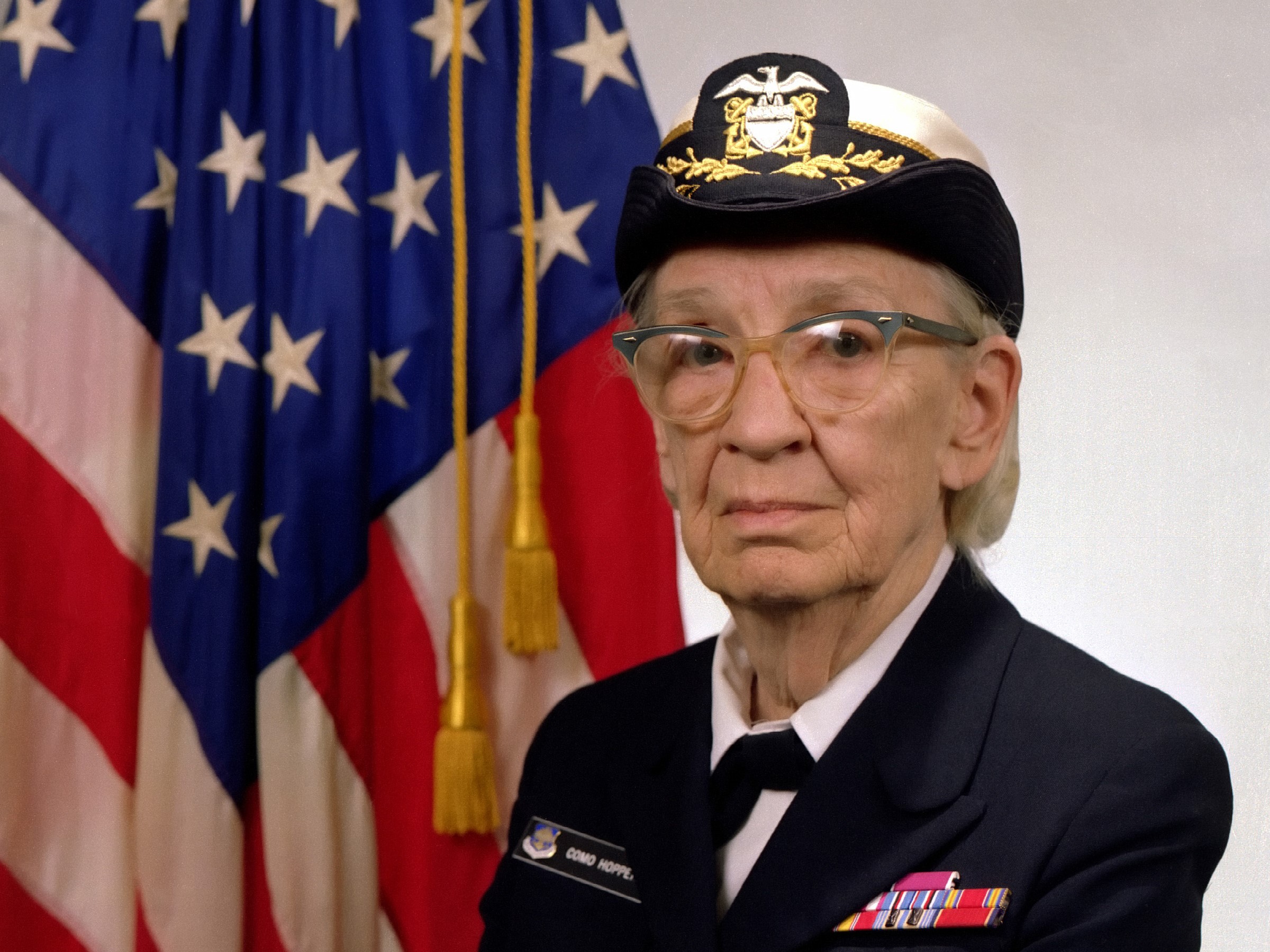 A trailblazing computer scientist who also served as a rear admiral in the U.S. Navy, Grace Hopper's legacy is a perfect blend of service and innovation. Hopper began her professional career teaching mathematics at Vassar for nearly a decade before enlisting in the U.S. Navy during World War II. One of the first collaborators on the earliest computers, Hopper made her greatest contributions in the realm of software, where she pioneered the development of word-based computer languages and was instrumental in honing COBOL, the most widely used computer language in the world by the 1970s. After decades of service in the U.S. Navy, Hopper retired as a rear admiral at the age of 79, the oldest serving officer in the U.S. armed forces at that time. During her lifetime, Hopper was awarded 40 honorary degrees from universities across the world. In 2016, she was posthumously awarded the Presidential Medal of Freedom by President Barack Obama.

Hopper attended school at a time when universities didn’t offer diplomas or degrees in computer science. When she came to Yale in 1928, her focus was on mathematics, first earning her master's in 1930. Afterwards, Hopper decided to stay in New Haven, balancing her doctorate work at Yale with teaching duties at Vassar. She completed her PhD in mathematics in 1934, and her dissertation, "New Types of Irreducibility Criteria," was published that same year. Notably, earning a doctorate in mathematics was a rare accomplishment for women at the time.

Today, Hopper's life and legacy are alive on the Yale campus. Her alma mater recently announced that one of the university’s undergraduate residential colleges was being renamed in Hopper's honor. Before that, Yale had already named a professorship in the Department of Computer Sciences after her. Furthermore, in 2015, university leaders celebrated what would have been Hopper's 109th birthday on campus. Joan Feigenbaum, chair of the Department of Computer Science at Yale, elegantly summarized Hopper’s influence on today’s world. "Much of the essence of computer programming as we know it, from subroutines to machine-independent languages, was conceived by Grace Murray Hopper. She was a true pioneer."