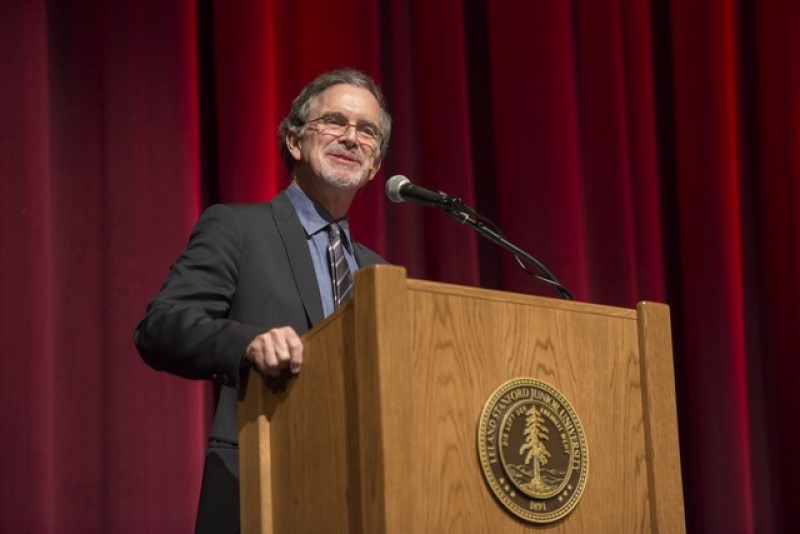 Garry Trudeau may not be a household name, but during the past 50 years his groundbreaking comic strip "Doonesbury" has become one of the most widely syndicated cartoons ever. Part of Doonesbury's success stems from its sophisticated reflection of the U.S. political and cultural landscape. In 1975, Trudeau’s Doonesbury even won the Pulitzer Prize for its "Stonewall" strip, a commentary on the Nixon Watergate scandal. He has since been nominated by Pulitzer boards in 1990, 2004, and 2005. As a writer, Trudeau has contributed articles to publications such as Harper's, Rolling Stone, The New Republic, The New Yorker, and The Washington Post. To date, his work has cumulatively sold more than 7 million copies worldwide. In recognition of this massive cultural impact, Trudeau has received honorary degrees from over 30 universities and colleges; and has been inducted as a Fellow of the American Academy of Arts and Sciences.

Doonesbury debuted at Yale University in 1970, when Trudeau was still a student. He was an art major who went from focusing on painting to spending more and more time working at Yale's humor magazine, The Yale Record, where he showed a natural talent for writing and drawing cartoons. Soon, Trudeau also began contributing to the Yale Daily News, which eventually led to the creation of "Bull Tales," an irreverent comic strip parodying the exploits of Yale standout quarterback Brian Dowling. The strip caught the attention of a newly minted newspaper syndicate, which told Trudeau that he needed to refine his cartooning, but that his work read like dispatches from the front lines of counterculture. Shortly after graduating with a bachelor's degree in art in 1970, Trudeau renamed his comic "Doonesbury" and watched it become widely read around the country. He then stayed on for postgraduate work in New Haven, earning a Master of Fine Arts in graphic design in 1973.

In what seems like an unbelievably short amount of time, Trudeau returned to his alma mater three years later to receive what takes many an entire lifetime to achieve: an honorary degree from Yale. At the time, he was not even 30 years old. Since then, the renowned cartoonist has only strengthened his relationship with his alma mater over the years. In 2007, Yale was happy to accept the Garry Trudeau papers, which spans from 1967 to 2017 and includes a copious amount of materials from Trudeau's work in theater, screen productions, journalism, fan letters, merchandise, and awards. Today, the archive is kept at Yale's Beinecke Library, ensuring that future scholars will have access to these historic documents. Previously, Trudeau also served as Yale's commencement speaker during the 1991 Class Day address. After reflecting on his student days at Yale, Trudeau offered some sagacious words, as relevant today as they were back then. "My advice to you: make a break for it. Take off. Cut your own swath. Stride out from under the longest shadow ever cast by a generation. Ask your own impertinent questions. There are many at hand."