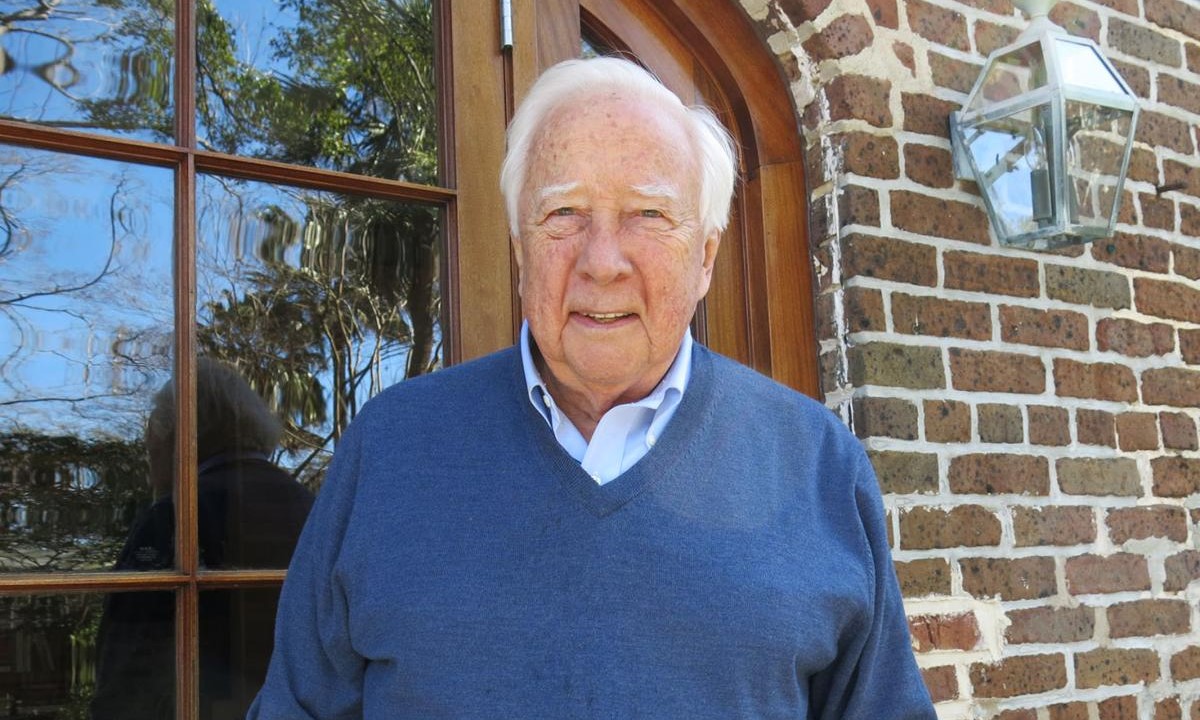 Acclaimed as a “master of the art of narrative history,” David McCullough must be running out of space to store his awards. McCullough is one of the few historians able to write books that appeal to a huge popular audience while also maintaining the painstaking attention to detail expected of a scholarly researcher. In his careful, probing, and undoubtedly readable histories of American events and figures, McCullough has become one of the most trustworthy and compelling chroniclers of our nation's life and times. McCullough received two Pulitzer Prizes for his books on U.S. Presidents Harry Truman and John Adams in 1993 and 2002, respectively. He also twice received the National Book Award, for 'The Path Between the Seas' and 'Mornings on Horseback.' His other widely praised books are ‘1776,’ 'Brave Companions,' 'The Great Bridge,' and 'The Johnstown Flood.' The recipient of more than 50 honorary degrees, McCullough was selected by the National Endowment for the Humanities as the Jefferson Lecturer in 2003, which is the highest honor the federal government confers for distinguished intellectual achievement in the humanities. In 2006, he also received the Presidential Medal of Freedom, the nation’s highest civilian award.

McCullough arrived at Yale University in 1951 to study English literature, which he considered an appropriate way to prepare himself for a career as a fiction writer or playwright. He wasn’t limited to his on-campus confines, either. McCullough, who also became a member of Skull and Bones at Yale, served apprenticeships at Time, Life, the United States Information Agency, and American Heritage. It was during his junior year, however, that the young Yalie had his moment of epiphany. Having to stay in New Haven over spring break to write a paper, McCullough found himself surrounded by piles of books and suddenly started to love the "thrill of research." He said, "Once I discovered the endless fascination of doing the research and of doing the writing, I knew I had found what I wanted to do in my life." In 1955, he graduated with honors and a Bachelor of Arts in English literature, having learned his true calling.

McCullough's ties to his alma mater have strengthened over the years, thanks in part to the frequency of his return visits to campus. On a few occasions, Yale has asked the renowned writer and historian to deliver speeches, such as in 1993, when McCullough was chosen to deliver the first annual John Hersey Lecture at Yale; and later in 1997, when McCullough delivered that year's Commencement speech to graduating students. The following year, it was Yale's turn to give back. The University celebrated McCullough's legacy by giving him a Doctor of Letters. More recently, in 2015, the Pulitzer Prize-winning author appeared on campus again, looking as spry as ever, to be inducted into the Yale chapter of Phi Beta Kappa. In addition to inducting McCullough into the society, University leaders announced that the author would receive the first Joseph W. Gordon Award for Contributions to the Arts and Sciences. The rest, as they say, is history.