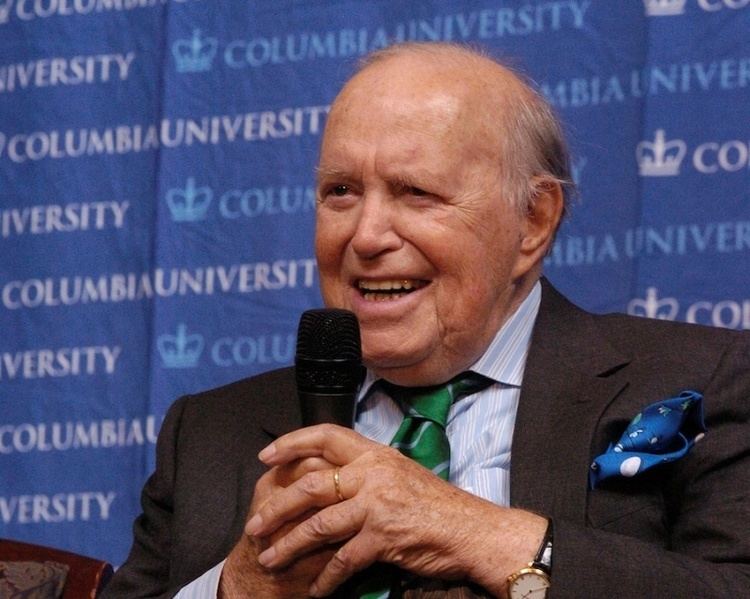 From modest roots as a German immigrant, media mogul John Kluge rose to become one of the wealthiest men in the United States. Beginning with his creation of a single radio station in Maryland in 1946, Kluge built the Metromedia broadcasting empire, which owned numerous radio and television stations and later syndicated rights to TV shows and movies. Kluge (1914-2010) was especially shrewd in his ability to predict market demands. He was one of the first to advocate a multimedia approach to marketing, and offered advertisers a variety of potential outlets to reach consumers. In the 1960s and 1970s, during the height of the major broadcast networks' power, Kluge's Metromedia was the country's largest independent TV business. In 1986, he changed directions. Kluge sold the Metromedia television stations to 20th Century Fox for a reported $4 billion. Those stations would later form the core of what would become the Fox television network. The following year, Forbes placed Kluge at the top of its list as the richest man in America—a title which Kluge lost to Bill Gates 3 years later. Afterward, Kluge remained a businessman but also turned his attention to philanthropy, giving hundreds of millions of dollars away during his lifetime. Although the entrepreneur received numerous awards during his career, he remains best known for living a life that is still considered to be the fulfillment of the American dream.

When Kluge came to Columbia in 1933, he was still a "country bumpkin." As a young immigrant living in Michigan, he'd dreamed of attending an Ivy League school, but lacked the money. Due to his grades, however, the College awarded him an academic scholarship that helped pay for most of his expenses. At Columbia, Kluge began to show glimpses of his future entrepreneurial drive and affinity for deal making. Outside of the classroom he earned extra money by running a shoe, garment, and stationery business, serving as a meal pricer for a university dining hall, and providing private secretarial service for the son of the president of China. Four years later, Kluge received a Bachelor of Arts degree in economics.

"This institution made me a better person," said Kluge, who showed his appreciation in multiple ways. In 2007, Kluge became the biggest donor in the history of the University after giving $400 million. Notably, the gift was earmarked for financial aid, with half going to Columbia College and a large portion designated for international students. His previous donations included $100 million to establish the John W. Kluge Scholars Program, which awards four-year, need-based scholarships to approximately 50 first-year students at Columbia College every year. Founded in 1987, the program also runs seminars, networking events, and faculty-supervised summer research projects that encourage participants to pursue academic careers. Over the years, Columbia has recognized Kluge with both the John Jay Award and the Alexander Hamilton Medal. In 1988, the University even awarded the self-made billionaire with an honorary doctorate. "I want to help ensure that Columbia will always be a place where the best and the brightest young people can come to develop their intellect," explained Kluge, “and give something back to our communities, our country, and our world."