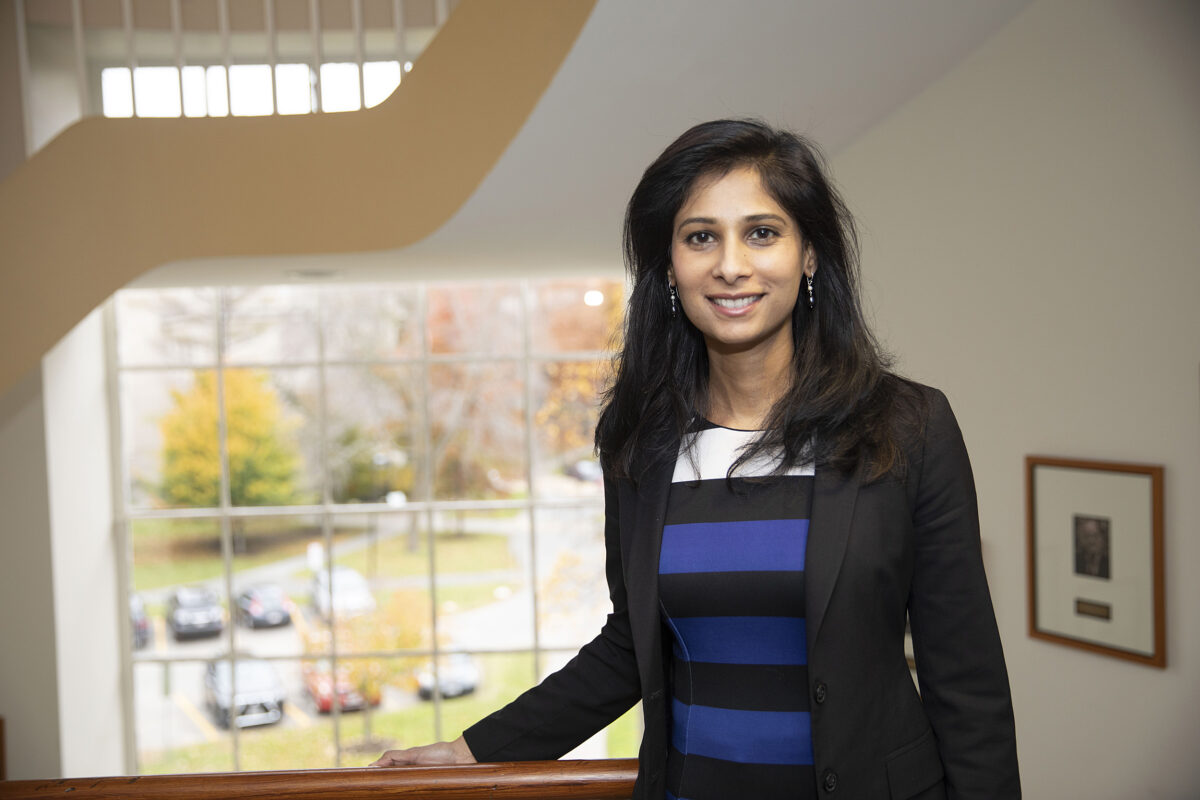 In 2019, Gita Gopinath made history when she became the first woman to serve as Chief Economist of the International Monetary Fund (IMF), one of the most prestigious posts available to academic economists. Originally from India, Gopinath came to the U.S. to complete her studies, which led to her also becoming the first Indian woman to be appointed as a full professor in Harvard University’s economics department. Before that, she was an assistant professor of economics at the University of Chicago’s Booth School of Business.

Gopinath's research, which focuses on international finance and macroeconomics, has been published in many top economics journals. She has authored numerous research articles on exchange rates, trade and investment, international financial crises, monetary policy, debt, and emerging market crises. In 2020, Gopinath made headlines when she described the world's pandemic-related economic woes by coining the term the “Great Lockdown." Among the many awards and recognitions she’s collected over the years, Gopinath is an elected fellow of the American Academy of Arts and Sciences and of the Econometric Society, and is a recipient of the Distinguished Alumnus Award from the University of Washington. The Indian government awarded her the Pravasi Bharatiya Samman, the highest honor for overseas Indians.

After finishing her second master's degree at the University of Washington, Gopinath decided to enroll in Princeton University. She did her Ph.D. at Princeton under the guidance of former Federal Reserve Chairman Ben Bernanke and Kenneth Rogoff, a former IMF economist who now teaches at Harvard. Bernanke had described her as "one of the strongest and most promising students I ever worked with."

Because of her mental obvious gifts, Gopinath was already highly in demand. In fact, her mentors at school wanted her to stay back in the U.S. after she completed her Ph.D. from Princeton University. So, when she insisted that she wanted to return to India because her husband was there, university leaders offered her husband a scholarship in public affairs at Princeton, allowing him to quit his job and move to the U.S. In 2001, Gopinath received her Doctor of Philosophy degree in economics from Princeton, with a focus on international macroeconomics and trade. Her studies were partially-funded by the Princeton Wilson Fellowship Research Award, which she received in 1999.

In 2020, Gopinath finally returned to her alma mater to take part in a public event that benefited from her expertise. On the historic campus she discussed the IMF’s perspective on COVID-19. The event began with a brief discussion by Markus Brunnermeier, Director of the Princeton Bendheim Center for Finance, before Gopinath took questions from the audience. Also in 2020, the famed economist was selected by The Daily Princetonian as one of the “most influential Princeton alumni in politics of 2020."