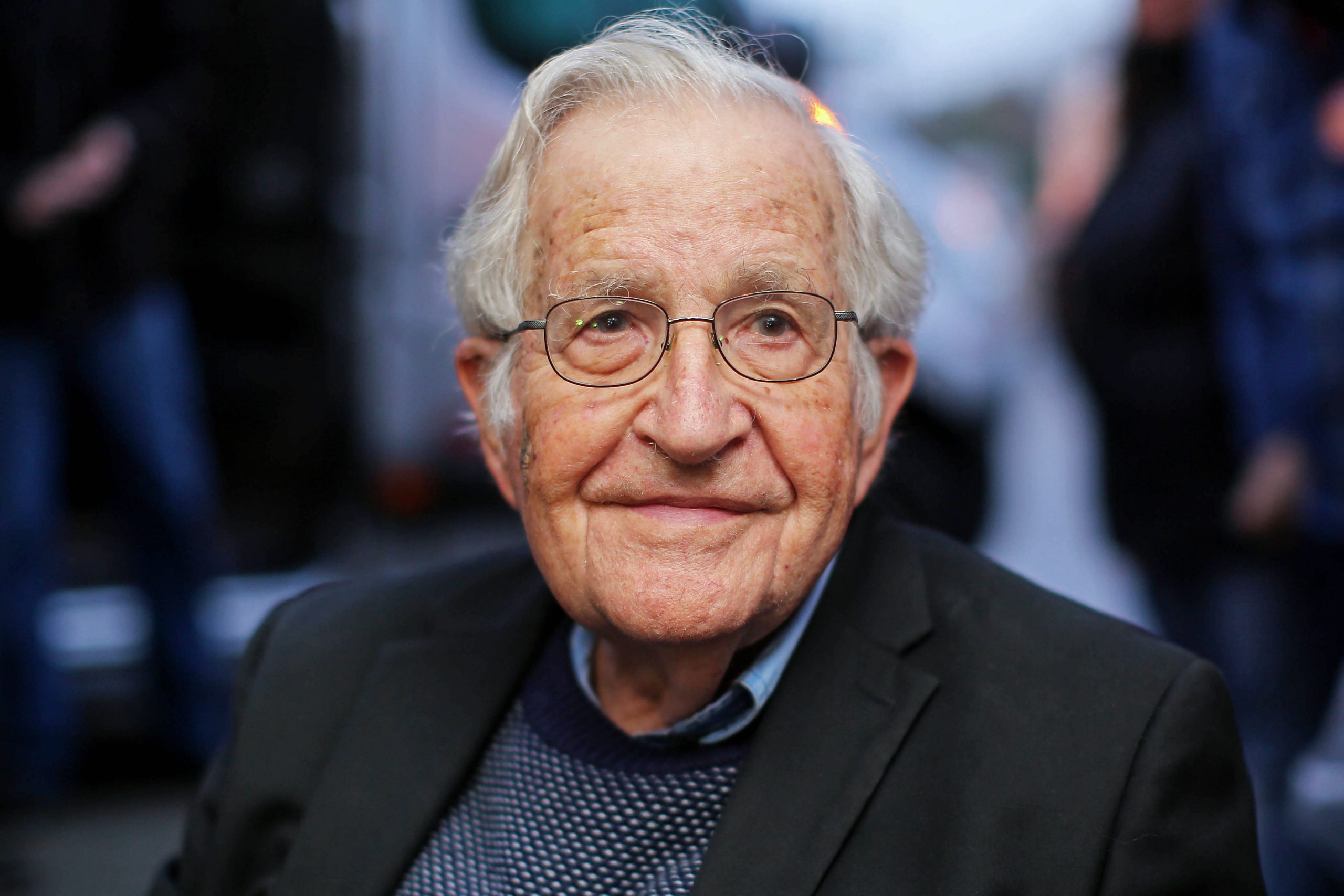 For nearly a century, Noam Chomsky has been one of the world’s most lauded and respected thinkers, a revolutionary in the fields of linguistics, cognitive thinking, philosophy, and political criticism whose name is nearly synonymous with the word “radical.” Although he first gained notice with his intellect, he became infamous for his stance against the Vietnam War and his critical essay “The Responsibility of Intellectuals,” and has gone on to become one of the most cited scholars of all time.

In linguistics, he introduced the innovative universal grammar theory and helped to usher in the cognitive revolution in the social sciences. More recently, he has drawn attention for his criticism of contemporary politics and media, cementing his status as an influential, if reluctant, counter-culture icon.

Although his contrarian politics and activism have brought him mainstream attention, academia has been Chomsky’s wellspring for most of his career. In 1945, the Philadelphia native began a general program at The University of Pennsylvania, where he fell under the tutelage of renowned linguist Zellig Harris.

His interest in language extended beyond English to Hebrew and Arabic, and after dabbling in philosophy and logic, the young scholar turned his focus to linguistics. His mentor, Harris, founded the first modern linguistics department at UPenn, and in 1951 Chomsky’s advanced work with Hebrew earned him a master’s degree as well as a junior fellowship at Harvard. In 1955, he granted his PhD by UPenn for his thesis on “Transformational Analysis,” and two years later his theories were expounded upon in his seminal work, Syntactic Structures. As a result, he was recruited to join the faculty at the Massachusetts Institute of Technology (MIT), where he remains an Emeritus to this day.

While language obsessives may be blown away by his body of work in linguistics, Chomsky’s outspoken social and political criticism have made him a popular, if polarizing, public figure. He has been a champion of human rights, an opponent of oppression, and a leading voice in modern progressive politics. Along with his late colleague and UPenn Professor Emeritus Edward S. Herman, Chomsky wrote Manufacturing Consent, one of the most prescient works on contemporary media and propaganda. Whenever the alumnus returns to UPenn, crowds are sure to gather, whether he is reflecting on the work of his peers, opining about geopolitics, or stanchly opposing capitalism. And while the University of Pennsylvania has produced wildly successful businesspeople, politicians, and even presidents, Chomsky will represent the institution as a criterion of human thought.