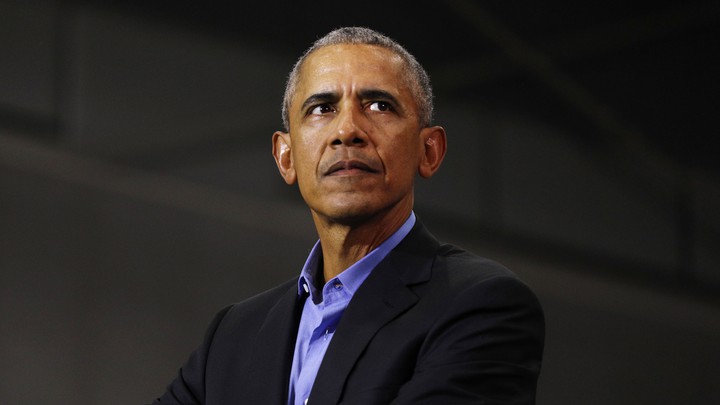 Former President of the United States Barack Obama received his Bachelor of Arts degree from Columbia University during a formative time in the nation’s political climate. The future politician graduated in 1983—the first year that women were admitted to Columbia—while the U.S. was recovering from an economic recession and political debates were passionate and pervasive. Obama transferred to Columbia from Occidental College, and while not much is known about his academic career at the New York institution, it undoubtedly left an impression, and he has maintained his ties to Columbia to this day.

In David Maraniss’s biography Barack Obama: The Making of the Man, we learn that Occidental’s diverse campus, full of budding philosophers and activists, helped nudge Obama toward politics during the short tenure he spent there before transferring to Columbia. Obama credits his political awakening to two courses at Occidental taught by Roger Boesche, the Arthur G. Coons Distinguished Professor of the History of Ideas. In commencement addresses given at other universities, Obama still cites his time at Occidental as being responsible for waking his socially conscious side, which would lead him down the path towards presidency.

Obama moved on to continue his education in New York, and then Cambridge, Massachusetts to obtain his law degree from Harvard. Later, he moved on to the University of Chicago Law School, where he taught constitutional law for twelve years. While he was a politically minded student even from his days of participating in anti-Apartheid demonstrations at Occidental, his foray into career politics began in Chicago, where he was a senator from 1997-2008.

His legislative career centered around reforming ethics and health care laws, increasing tax credits for low-income workers, and increasing subsidies for children. He also received praise for his active engagement in death penalty reforms and for sponsoring acts that protected the jobs of family members who provided care for combat-injured soldiers.

Once in the Oval Office, Obama frequently gave homage to his roots, whether fondly discussing the support he received from his mother in Hawaii, to his accomplishments during his Columbia and Harvard education, to the influence his professors at Occidental had on him. He even brought Dr. Boesche into the White House to speak with his staff.

Obama has held close his relationship with Columbia, and just last year, the Obama Foundation and Columbia University announced the Obama Presidency Oral History Project. Partnering with the University of Hawaiʻi and the University of Chicago, the project aims to assemble oral narratives of the decisions, actions, and effects of Obama’s presidency as well as his and Michelle Obama’s early lives.

The former president has also used his ties to Columbia as a platform for encouraging scholars to engage with social issues. Obama Foundation Scholars at Columbia University will participate in Columbia World Projects, an initiative that supports dynamic, collaborative, rising leaders from around the world in a one-year academic and leadership experience.

Obama’s educational career at Columbia and the other institutions he attended has been inextricably interwoven with the social and political awareness that have come to define his career and his presidency. The quality of the connections he made at these universities have and will continue to influence a lifetime of work.